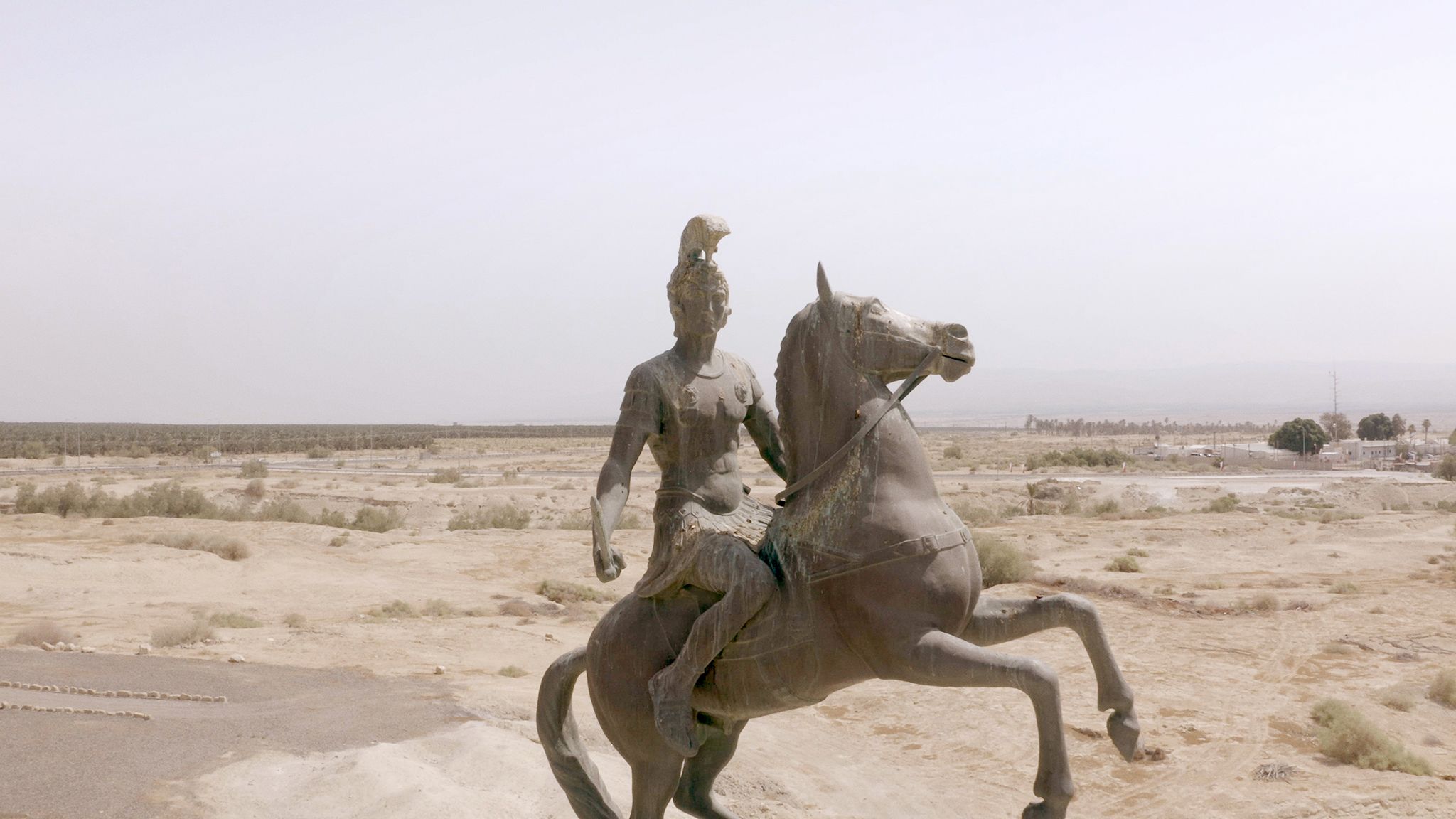 * Kamal Aljafari: 'An Unusual Summer' (https://iffr.com/en/2021/films/an-unusual-summer)
A street corner in the Palestinian district of Ramla, in Israel. Neighbours going to work; children
playing; mothers doing the shopping; at night, a man running past; a boy throwing a stone. Further
away, a garden and a busy road. All this was recorded by the security camera Kamal Aljafari’s father
installed in 2006, in the hope of catching the vandal who kept on damaging his car.
After his father’s passing, Aljafari finds the footage. He uses it as the raw material for this
idiosyncratically edited and manipulated impression with fitting musical accents, a touch of dry
humour and succinct intertitles. Such as: “Abu Rizeq, what’s he doing so early in the morning?” Or: “A
man is in love with my sister.” Sometimes, a child – the director’s niece – gives a commentary in
voice-over. Finally, a text full of highly personal memories puts it all into context – also politically.
The result is a sober, poetic homage to this neighbourhood, dismissively referred to by Israel as ‘the
ghetto’. An artistic act of resistance against eradication.

* Laurent Roth: 'Amos Gitaï, Violence and History' (https://iffr.com/en/2021/films/amos-gita%C3%AF-la-
violence-et-l%E2%80%99histoire)
Laurent Roth, who made in 2019 an unorthodox portrait of another filmmaker, Pierre Schoendoerffer,
discusses with Gitaï his series House (1980), A House in Jerusalem (1998) and News from
Home/News from House (2005). But also his cycle of works investigating and remembering the
assassination of Yitzhak Rabin, which includes seemingly every way to tell a story, ranging from a
fiction feature to an installation.

* Tali Liberman: 'Unrendered Road' (https://iffr.com/en/2021/films/unrendered-road)
Unrendered Road traces the road between two ancient cities: Jerusalem and Jericho. A journey that
Google Maps will not show you. By assembling conflicting perceptual readings, the reliability of
existing knowledge systems is questioned.