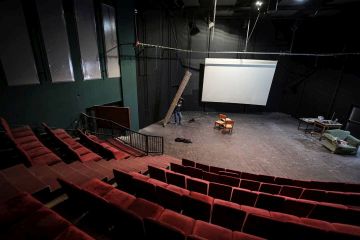 Abed al-Rahman Hussein, filmmaker
Gaza saw a brief revival of cultural spaces in the 1990s, when the now-empty theatre was opened, before being abandoned in 2006 with the outbreak of fighting between Palestinian factions.
Gaza has since been ruled by Islamist group Hamas, while Israel has imposed a blockade on the territory which prevents the majority of residents from leaving.