Free Screening of 'The Fifth Story' 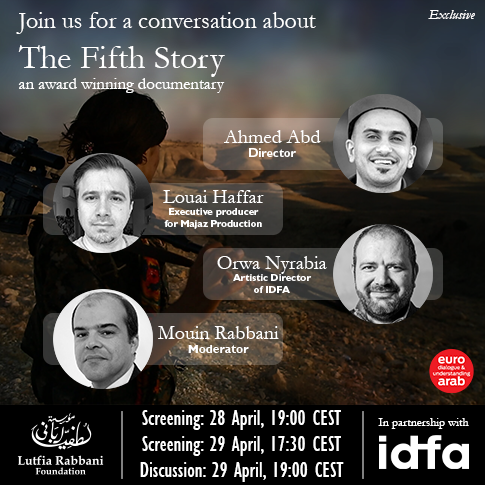 The Lutfia Rabbani Foundation will host a free screening of the documentary film "The Fifth Story" by Iraqi filmmaker Ahmed Abd and live panel discussion next week, in partnership with the International Documentary Film Festival Amsterdam (IDFA). The film is a stunning portrayal of how different generations still carry the burden of war with them.
You can watch the film on the 28th and 29th of April at 17:30. The film screening on the 29th will be followed by a panel discussion with the Director Ahmed Abd, Executive Producer Louai Haffar and IDFA Artistic Director Orwa Nyrabia. The audience will have the chance to ask their own questions too, it will be a lively evening!
For information on how to join the event look on: https://mailchi.mp/rabbanifoundation/idfa-1695349