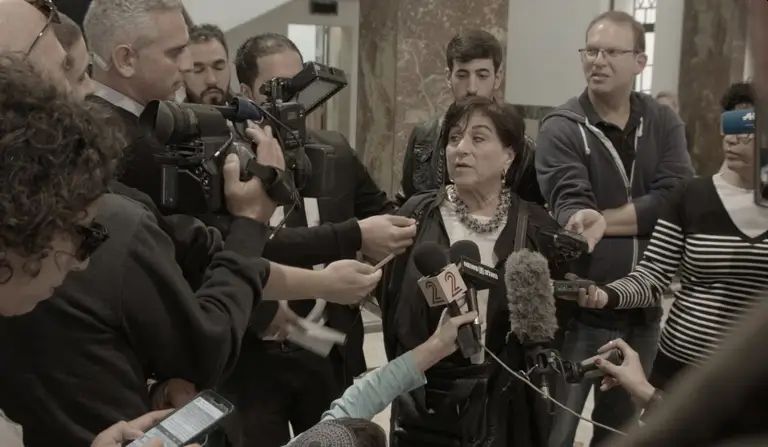 The film, directed by Rachel Leah Jones and Philippe Bellaïche and originally produced for Israel’s Hot 8, focuses on the personality of Tsemel, a human rights lawyer who represents Palestinians in Israeli courts. It was an Oscar documentary nominee in 2019. The film was also an Emmy nominee in the Outstanding Politics and Government Documentary category.