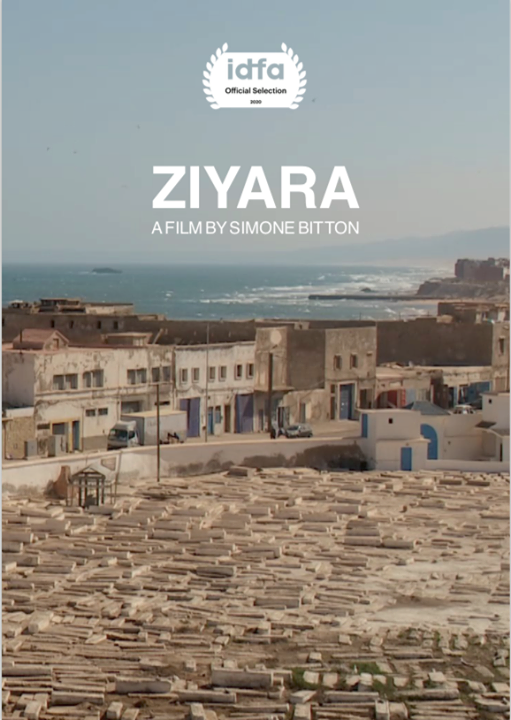 Morocco had a Jewish population of more than 300,000 until the 1950s. From that time on, until just after the Six Day War in June 1967, a flood of emigrants left for countries such as France, Israel, and America. Filmmaker Simone Bitton’s family settled in France.
In Ziyara (a term that refers to a form of pilgrimage to sacred places), Bitton returns to her homeland and searches for the traces the Jews have left behind. There is no shortage of these. Traveling by car—and taking the opportunity to include beautiful shots of the passing landscape—Bitton makes a tour of Jewish heritage in towns and villages. She discovers cemeteries, remnants of the Mellah (the Jewish quarter), synagogues, and schools—places often lovingly and reverently maintained by the local people. Bitton talks to them about the importance of heritage conservation, and their devotion, as well as about the relationship between Jews and Muslims. One of them muses: what would Morocco be like today if the Jews had stayed?