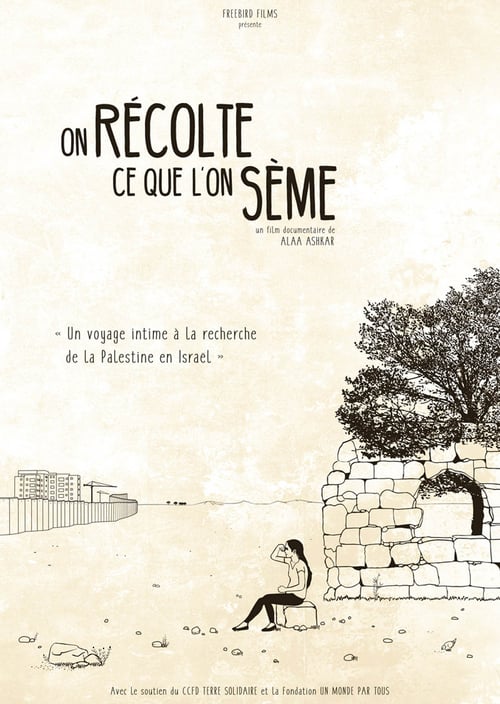 You reap what you sow

A Palestinian director living in France was about to start a film about the Palestinian memory inside Israel. Instead, haunted by a recent breakup with his French girlfriend, the director ends up wondering about his relation to women, his pursuit for happiness and his interest in Palestine. His journey becomes then one of self-reflection and self-discovery rather than a historical/sociological exploration.

Palestinian director Alaa Ashkar, living in France, set out to create a documentary about the collective memory of Palestinians in Israel. The director decides to include his family in the filmmaking, resulting in an intimate story about the evolution of his identity from childhood within his protective family in the Galilee until adulthood through his travels.