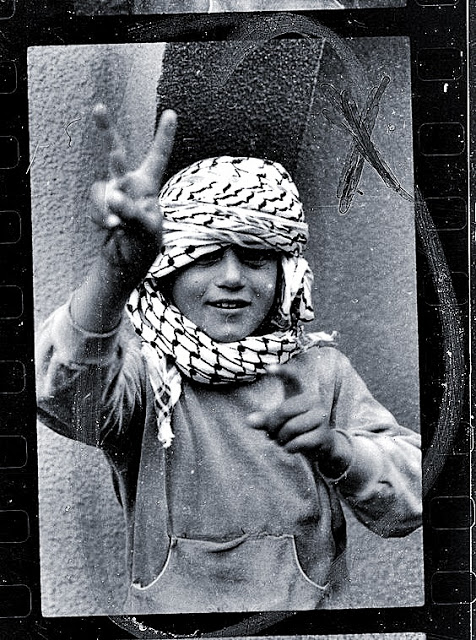 Ya'ni Intifada explores meanings of the word Intifada not generally known
in the west. We certainly hear the word almost daily on television news and
in newspapers, but we rarely ask ourselves as to its precise meanings. Sure
enough, intifada does mean "uprising", but like many words in the Arabic
language, it is also layered with other senses and connotations that can be
quite removed from politics. Footage shot whilst driving between Gaza and
the West Bank punctuates Mosse's interviews conducted at Birzeit University
near Ramallah during May 2005.