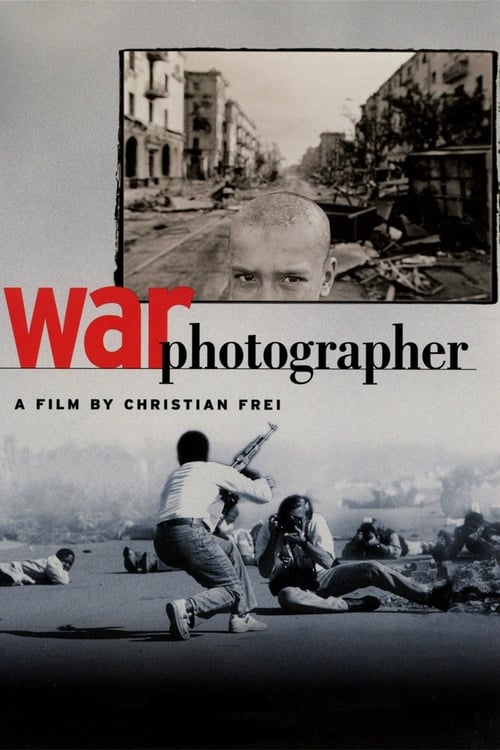 War Photographer is a documentary by Christian Frei about the photographer
James Nachtwey. As well as telling the story of an iconic man in the field
of war photography, the film addresses the broader scope of ideas common to
all those involved in war journalism, as well as the issues that they
cover.

One of the main themes of the documentary is the level to which a
journalist should become involved in the events that they are there to
document. James Nachtwey credits the intimacy of his photography to his
emphasis on establishing a rapport with his subjects, often despite a
significant language barrier. Des Wright, a cameraman with Reuters,
describes the problem of being too far removed from what is happening.
Discussing a video reel of President Suharto's resignation and a police
crackdown on protestors, he notes: "[Some journalists] say, 'I'm sorry, I'm
a journalist, I'm not a part of this.' And I say, but you are a part of it.
I think a lot of people would be quite happy for that man to be killed so
they can get the particular picture that they want."

The documentary uses footage filmed with a small "microcam" video camera
mounted on Nachtwey's SLR cameras. This technique gives a sense of
immediacy to the viewer, showing events from the perspective of the
photographer. So for the first time in the history of documentary films
about photographers, thanks to a small camera attached to James' body, the
director reflects a real look into the work of a photojournalist.

A photo is not just an image. it is a trace of reality, an experience
captured, a moment. Photography is an art that gives importance to events
and makes them worth remembering. It is about telling the reality. about
showing what other people are not able to see, to make them aware of it
through the images they receive from the media. Thus, when the picture
serves as informing, we find ourselves facing at other art-photojournalism.

As James Nachtwey states: "If everyone could be there to see for themselves
the fear and the grief, just one time, then they would understand that
nothing is worth letting things get to the point where that happens to even
one person, let alone thousands. But everyone cannot be there, and that is
why photographers go there, to show them, to reach out and grab them and
make them stop what they are doing and pay attention to what is going on,
to create pictures powerful enough to overcome the diluting effects of the
mass media and shake people out of their indifference, to protest, and by
the strength of that protest to make others protest.