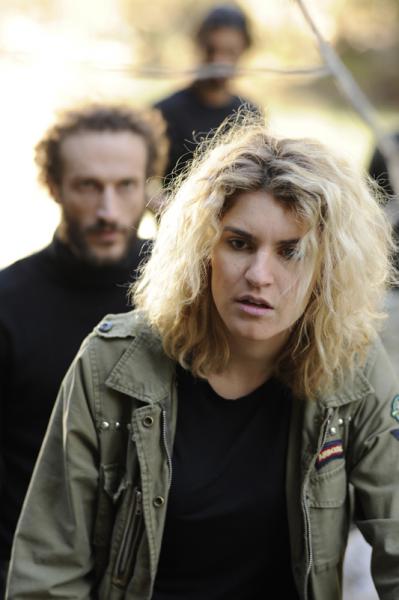 At the border of a forest, a Lebanese poet gets a breath of fresh air on his terrace, as every evening. He watches four young people disappearing into the forest and returning in the early hours ...
«Wahdon draws its inspiration from two true stories: one is from the poem by the Lebanese writer Talal Haidar, which was written immediately after the failure of a Palestinian military operation. The other is based on the story of a French woman, Francoise Kesteman, who was an activist for the Palestinian cause. I met her in the early 80's. She was killed at sea during a military operation against the Israeli army. »
Norma Marcos

Norma Marcos
French filmmaker from Palestinian background, Norma Marcos is also a writer and screenwriter. Among other works, she has directed three acclaimed documentaries: "Fragments of a Lost Palestine" (2010), "Waiting for Ben Gourion" (2006) and "The Veiled Hope" (1993), which were selected at a number of prestigious festivals around the world (Rotterdam, Rome, Montréal, San Francisco, etc...). She's currently working on a feature film screenplay and is about to publish her first book.