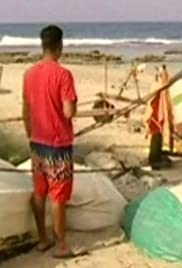 Al Jisr is a moving account of the lives of the residents of Jisr E-Zarqa in their daily struggle against poverty and discrimination. The film centers on a group of young, single women, desperately trying to lead their village to a better life. Hampered by their own traditions, family hierarchy, and the simple fact of being women, they battle against the forces that threaten to overwhelm them. This is a story of a community on the shores of Israel, estranged from both Israeli and Arab society, fighting for its very existence against the tides of prejudice and alienation.

Mara’ana goes to Al Jisr, a fishing village, where she focuses on single 25-year-old Hamama Jobran, the strongest girl in the village. The film opens as Hamama watches the funeral of a murder victim and says that until recently women were barred from the cemetery.

Hamama plays soccer with the boys, runs on the beach and refuses to marry. At a wedding, she dances with the men. She seems respected, but Mara’ana suggests danger in the disapproving faces of the matrons as Hamama, lobbying against an Islamist on the local council, walks by.

In Al Jisr, Mara’ana has evolved into a more mature filmmaker, using stills and music to moving effect and suggesting the spiritual malaise that infects both an occupied people and their gender relations in an experiential way that is never didactic.