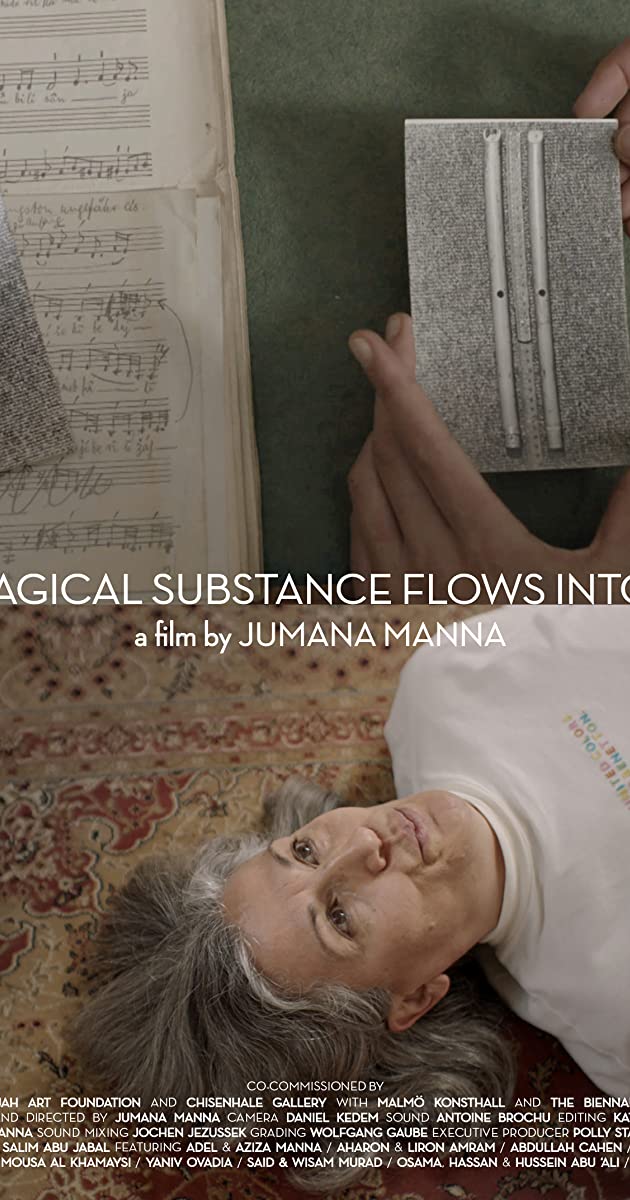 A Magical Substance Flows Into Me (2016)

A magical substance flows into me opens with a crackly voice recording of Dr. Robert Lachmann, an enigmatic Jewish-German ethnomusicologist who emigrated to 1930s Palestine. While attempting to establish an archive and department of Oriental Music at the Hebrew University, Lachmann created a radio program for the Palestine Broadcasting Service called “Oriental Music”, where he would invite members of local communities to perform their vernacular music. Over the course of the film I follow in Lachmann’s footsteps and visit Kurdish, Moroccan and Yemenite Jews, Samaritans, members of urban and rural Palestinian communities, Bedouins and Coptic Christians, as they exist today within the geographic space of historical Palestine. Manna engages them in conversation around their music, while lingering over that music’s history as well as its current, sometimes endangered state. Intercutting these encounters with musicians, are a series of vignettes of interactions of the artist with her parents in the bounds of their family home. In a metaphorical excavation of an endlessly contested history, the film’s preoccupations include: the complexities embedded in language, as well as desire and the aural set against the notion of im- possibility. Within the hackneyed one-dimensional ideas about Palestine/Israel, this impossibility becomes itself a trope that defines the Palestinian landscape.
(-Negar Azimi)

For the exhibition at Chisenhale Gallery, the film was installed with a wooden construction that served as seating for the audience and display plinth for a group of vessel-like artifacts, sculptures from the Muscle Vase Series. Presented in combination with plastic chairs and waste bins – the vernacular detritus of daily life – the sculptures articulate a set of contradictions that are also evidenced in the film, where impasse is contrasted with vitality and desire. Positioned amongst the seated audience members, they extend the exploration of these ideas into a corporeal sphere.