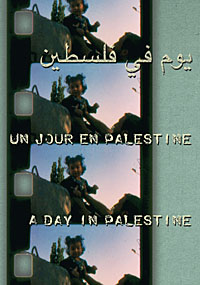 A Day in Palestine

Scenes of everyday life in the occupied Palestinian territories, with a dream-like feeling reminiscent of home-movies of the 60s. But instead of a day at the beach or in the backyard: a wall, an olive tree, a bulldozer, soldiers harassing grandmothers.