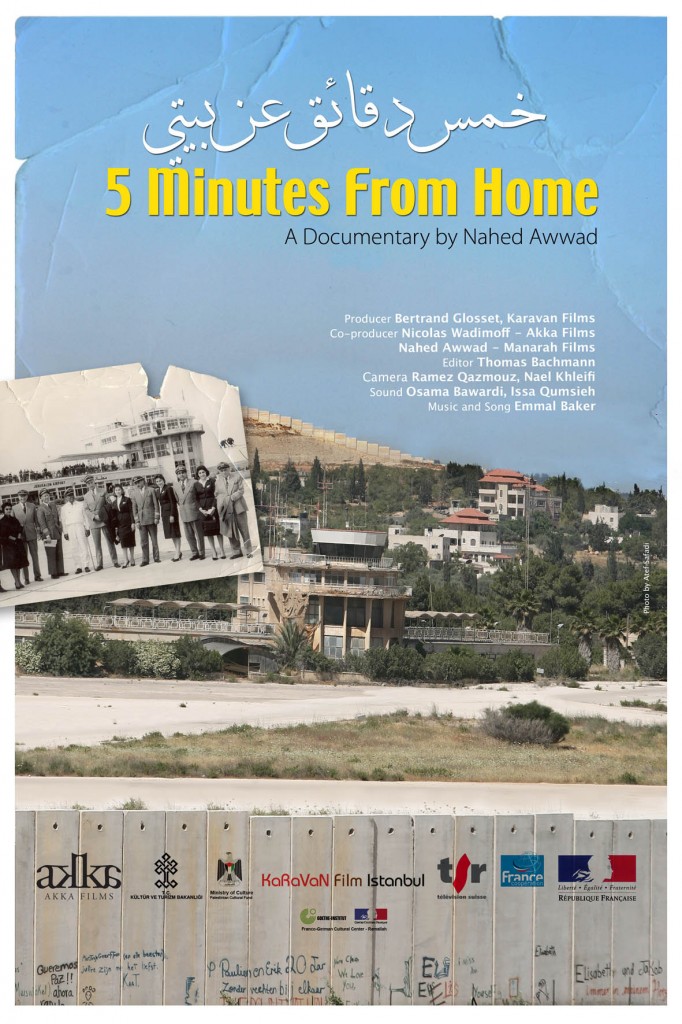 5 Minutes From Home focuses on the growing isolation of Palestinians in the last decades. The life of the Jerusalem Airport symbolizes this very well: Once a hub for the entire world, now the filthy end of it.

Nahed Awwad discovers that life has not always been like this, and that this sad spot used to be a place where international aircrafts landed in the 1950s and 1960s, when Palestinians traveled freely. The happy images and testimonies of the past contrast bitterly with those of the present where access is denied to the aviation zone that is now being besieged behind barbed wire and soon will be trapped behind the Israeli Separation Wall.

Nahed Awwad goes to meet this place, evoking the past in order to have a better apprehension of the present: today’s Palestinian reality that is marked by forgetfulness.