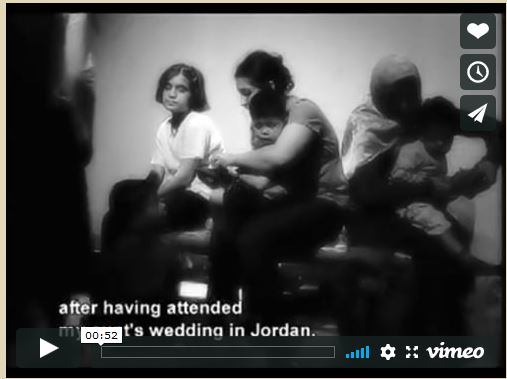 25 kilometers is a personal journey through checkpoints and rocky roads starting in Ramallah, where the film-maker lives and works, aiming to reach her family’s home in Beit Sahour (Bethlehem). Traveling inside the Occupied Territories, Palestinians most of the time is forced to avoid some checkpoints and wait in line at others. It is strange how checkpoints became part of the daily routine.

This creates an abnormal situation to which people react differently. Some try to joke about it, others feel powerless and convince themselves that this is part of their “normal” day-to-day life. Having the privilege to leave Palestine from time to time, the film-maker learned that one of the worst things that could happen to her is getting used to checkpoints. It is like giving up hope for a normal life and a future.