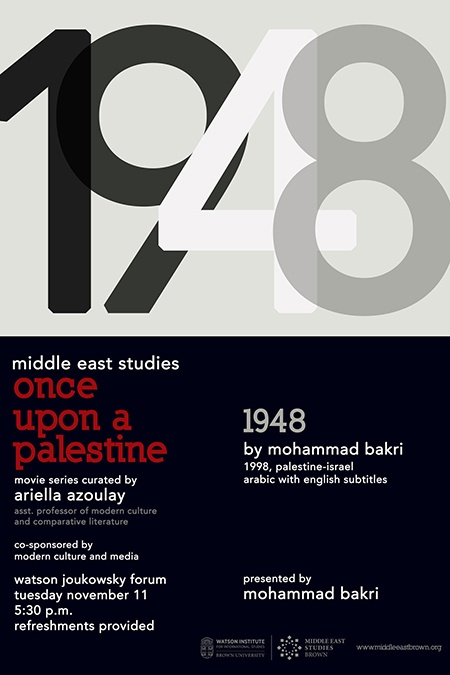 The film 1948 is a record of memories of a group of elderly Arabs. The director, Mohammad Bakri, employs poems Mahmoud Darwish. In their own words, the Palestinians interviewed describe the moments when they became refugees. They described the brutality in which they were deported, or the fear of massacre that made them and their families flee for their lives. They speak without blame or even protest.